Thanksgiving was a religious holiday in which they would go to church and thank God for a specific event, such as the winning of a battle. On such a religious day, the types of recreational activities that the pilgrims and Wampanoag Indians participated in during the 1621 harvest feast–dancing, singing secular songs, playing games–wouldn’t have been allowed. The feast was a secular celebration, so it never would have been considered a thanksgiving in the pilgrims minds. In 1623 a day of fasting and prayer during a period of drought was changed to one of thanksgiving because the rain came during the prayers. Gradually the custom prevailed in New England of annually celebrating thanksgiving after the harvest.

During the American Revolution a yearly day of national thanksgiving was suggested by the Continental Congress. In 1817 New York State adopted Thanksgiving Day as an annual custom, and by the middle of the 19th century many other states had done the same. In 1863 President Abraham Lincoln appointed a day of thanksgiving as the last Thursday in November, which he may have correlated it with the November 21, 1621, anchoring of the Mayflower at Cape Cod. Since then, each president has issued a Thanksgiving Day proclamation. President Franklin D. Roosevelt set the date for Thanksgiving to the fourth Thursday of November in 1939 (approved by Congress in 1941)

Thanksgiving Day in America it is a time to offer thanks, a family gatherings and holiday meals. A time of turkeys,ham, stuffing, and pumpkin pie yum,yum,yummy:-). A time for Indian corn, holiday parades and giant balloons. Some entertainment and some fun Holiday things like pictures for the kids to print and color, tasty holiday recipes and e-greeting cards to send your friends and family. Hope you will enjoy this time of year with your family, thankful for all the blessing we received each day. Happy Thanks Giving To All 🙂

Dentist – Need To Take Care Of Our Teeth 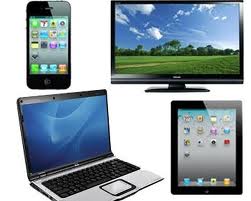 Amazing How Technology Works In Our Time