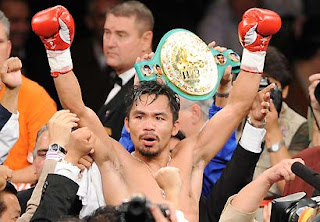 Manny Pacquiao punished Oscar de la Hoya for eight rounds, his technical knockout triumph over the US superstar underscoring the Filipino icon’s status as best pound-for-pound fighter in the world. Pacquiao’s speed and precision were too much for De la Hoya, whose left eye was swelling shut in his battered face as he declined to come out for the ninth round. The Mexican-American sat quietly on his stool as his corner decided he had taken enough punishment, and referee Tony Weeks officially stopped the fight. With the technical knockout, Pacquiao improved to 48-3 with two drawn and 36 wins inside the distance. Pacquiao, the reigning World Boxing Council lightweight champion, moved up two weight classes to take the lucrative bout with De la Hoya, a 10-time world champion in six different weight classes who fell to 39-6 with 30 knockouts. The disparity in size, most obvious in De la Hoya’s four-inch height advantage, proved no handicap for the 29-year-old Pacquiao, who was ahead on all three judges’ scorecards when the fight was halted.

Congratulations! Manny Pacquiao we are proud of your success and strong determination. I am sure a lot of Filipino are happy and proud too. My father is one of the biggest fan of Pacquiao. He is always excited of his fights and he never missed watch every one of Pacquiao’s fight. It’s funny 🙂 thay my husband was excited to tell me this morning that Pacquaio won the fight. 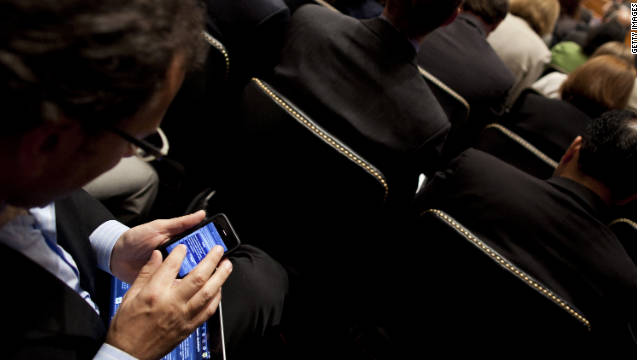 Is Now Your Time To Upgrade To The New iPhone 4

How To Be Responsible